With a push of a concealed button, the handle itself pops, allowing the concealed blade within to be revealed. Although thin, the blade has a sharp edge, and is surprisingly durable. The blade looks an unnatural silver color, to the point where there are rumors and whispers that Cretan alchemists have managed to create the legendary material of Mythril. This, of course, is false, but the blade itself is, in fact, a product of alchemy, having been sharpened beyond what mere common folk could accomplish, and made largely with military-grade materials. Titanium makes up most of the blade, is fused with tungsten to make the cutting edge of the blade.

It should be noted that this is an accessory as much as it is a weapon, and does not find its way onto the battlefield.

→ Aegis:
Creta is a modern nation, so Dietrich has put aside his poorly conceived gold-titanium family heirloom, and instead is getting a replica made to fit his regal roots. This time around, the name of the game is weight-efficient stopping power. While it has the same appearance, down to the golden platemail look, it is in fact made out of state-of-the-art combat armor materials. The plates, in fact, are ballistic-grade plastic, and are designed to be able to withstand most smallarms fire. The plates themselves, between being hand-made and alchemically produced for Dietrich, slide together perfectly, meaning he has a surprising range of motion and dexterity while wearing the armor.

Underneath the armor is another layer, one just as important as the “plates.” Many nights of olde wore a lighter armor under the plates, to prevent chaffing and add a bit more protection to uncovered spots. For Dietrich, this means nano-reinforced kevlar with a layer of liquid armor. In his tradition of using family colors, the suit is black, and uses fewer layers of kevlar than one would normally find on modern combat armor. This is because, sandwiched in between the two layers of kevlar, is a non-Newtonian liquid. Its purpose is made clear when a large amount of force is applied to it, such as by a bullet impact, it hardens temporarially into a more solid state. This allows energy to be more evenly – and widely – distributed, and reduces the need for so many layers of kevlar. In the end, what this means is that it's a more flexible armor than what would conventionally be available, and is just as effective against bullets while also reducing injury slightly.

Dietrich, of course, is a man of backup plans. To emphasize this, he does have one trick up his sleeve: a quick release system. While it only works for swift removal, all Dietrich needs to do is slide out a single pin and the ballistic plates will wall to the floor. While some might point out this will make him more vulnerable, Dietrich will counter that it's a risk-reward system: protection for mobility. Rumors that he's highly amused by kicking the ballistic plates at his foes are currently unfounded.

→ R128F, “Law” and “Order”:
Dietrich is many things, but “careless” isn't one of them. While running around with a sword might be fun and certainly looks cool (let's face it, he's a dashingly handsome swashbuckler), he needs something that packs a bit more of a wallop. Trading out his conventional firearms, Dietrich has taken it upon himself to field test a pair of pistols straight from the RTF R&D: the R128, designated as the “Sickle.”

The first in what's to be a long line of experimental weapons, the R128's purpose is to test the effectiveness of miniaturizing railgun technology so that it can be wielded in the hands of RTF soldiers, sailors, and Marines. The hope was that the sheer force provided by tank cannons and artillery pieces would carry over to the smaller forms, but such was not the case. In reality, due to the shortened barrel, the projectiles fired by the R128 don't travel at Mach 7, nor impact with literal explosive force. However, they do not perform worse than conventional sidearms, and there are other advantages that railgun setups provide, such as the ability to fire more rapidly since the process doesn't need to halt to eject a cartridge.

Dietrich specifically requested two models of the R128 to “field test” upon regaining consciousness from his coma, and have replaced his old sidearms. Their sleek, slightly futuristic look is a result of the actual design phase, but Dietrich's pair has a different color pallet. As opposed to something flashy (such as gold), the body is a simple matte black, with yellow and red markings replacing the white and green. While uncharacteristically understated, it is nonetheless an effective weapon. While it fires smaller projectiles than most conventional arms, they have a much higher velocity and perform on-par with standard sidearms employed by the RTF. This also means magazines can hold more ammunition, and since the firing mechanism doesn't need to stop in order to eject a case, it also has a higher potential in terms of rate of fire.

Dietrich's models, the “F” variant, which has to unique properties compared to the others. First, the safety has a marking for a third firing mode: fully automatic. While largley impractical on such a small model, it's done to show off future potential in rifles and SMG's. Of note, the R128 is capable of firing so fast that the human ear doesn't register individual shots, an effect it shares with automated Gatling guns. Second, it uses experimental ammunition while sacrificing magazine size, holding only 20 rounds in a standard magazine. Each round is coated in a gel which, when enough force is applied to it (such as a sudden increase in velocity), liquifies. This, in turn, lubricates the rails, allowing more shots to be fired before they need to be replaced and also largely getting rid of the sound of metal shearing when it fires. As an unintended effect, some of the gel also burns up due to high temperatures, increasing the instance of a muzzle “flash” dramatically (from “rarely” to “consistently”). The flash, in reality, is superheated plasma, but the heat dissipates too quickly to do any actual harm to anyone or anything.

→ ”Honor” and “Subtlety”:
Much like his pistols, Dietrich is rarely found without two blades on his person. Although impractical in modern combat, he has nonetheless run into several combatants that take pleasure in piercing their foe's flesh with crude instruments, and thus feels the need to be prepared against such attacks in the future.

The first blade of Dietrich's is Honor, modeled after a ceremonial blade once wielded by his father used to bestow titles upon those that had proven exceptional loyalty to Sylvania. Much like Aegis, Honor is a modern take on a classic design, using the same materials as the hidden blade in his walking stick. Given the obvious nature, it's often employed when his walking stick is not needed, such as white-tie events where he's in regal wear, or when he decides to deploy himself to the frontlines. After all, a sword cane, although useful, is no substitute for the actual thing.

His second blade, Subtlety, is a bit more underhanded. A shortsword measuring about 11 inches in length (including handle), it lies under his jacket when wearing more common clothes, or hanging in an exposed sheath when ready for action. Strapped to his back, the point of the blade is to be useful but stealthy. Looking at him, one would not be able to spot its existence until he pulls it out. However, it is a swift and quick weapon, and relatively well-balanced considering, making it a great weapon to use in one's off-hand (if only Dietrich had one).

Spoiler:
Note: Mostly just a basis to build on, but it gives a good idea of what it is. 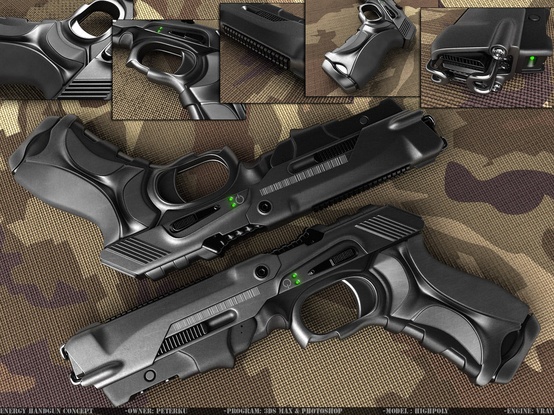 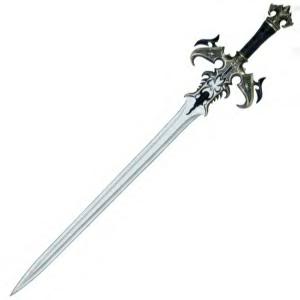 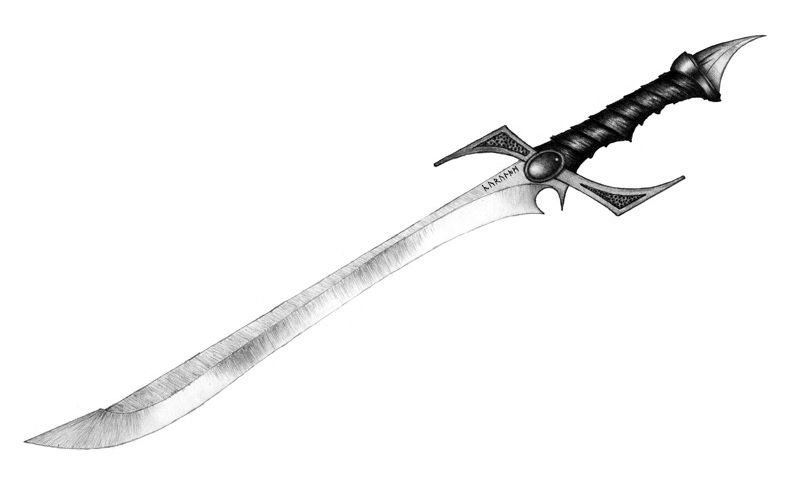 As such, Dietrich spares no expense in the equipment he brings to the battlefield. His armor is tougher, his blades sharper, and his guns stronger than equivalents anywhere else. While this does not make him invincible, nor a killing machine, it does give him a much-needed edge when going up against an increasingly strange array of foes, something that an ordinary man such as himself dearly needs.

Just make sure you don't over stat the ability of your alchemical armor. Stronger then normal it may be, but i don't want to see him taking full clips to the chest with nothing but a shrug.