» This is the end I fear

Daw sighed as he walked into HQ that day. He had finally broken as his most of his family had died off. He really had no reason to stay at home, too many bad memories held there anyway. He had signed up into the State Alchemist program, to most it seemed he had just wanted to get away from home, however his reason was for taboo. He was gonna revive his little brother, however he needed to read the classified information held in Central's databanks, and the only ones who where allowed to view them, where the State Alchemists themselves. He grabbed the form that would change his life forever and sat down at one of the adjacent tables. "Full Name..." He thought. "Devin, Artimace, Warrick, Simon, Ignotus, Callahan Lawson." He jot down. Though of course as he was an Amestrian citizen he didnt need more except his mother's information, his fathers, and his social security number. He handed the form to the official behind the desk, however before he had passed through the door. He was stopped for an odd reason. 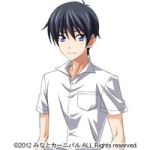