FORM:
→ Two combat fans of cherrywood and silk held together with steel blades, both of the fans have the transmutation circles on the silk side.

...........................................................................
BRIEFING:
→ The circle encompasses a diamond shape in which a corrolation of curved lines resembeling a spiral, with for smaller spirals in the four sections not included in the diamond. This is to draw in gasous elements as well as condense them, a circle of Danias's own design. Mainly used for offensive purposes and can blow back things like loosly bonded fire, smoke, and such. The circle's one drawback is that the sturcture of it is important to every last detail, so one knick in the circle can cause it not to work, forcing her to either dodge or parry attacks with a closed fan. The formula is simple enough: the circle draws in nitrogen and condenses it by bonding molecules, therefore making it heavier. On the swing, oxygen is brought in and collects at the center of the nitrogen sheet and compresses behind it. Then, the compressed air and her own physical strength launches the nitrogen burst. 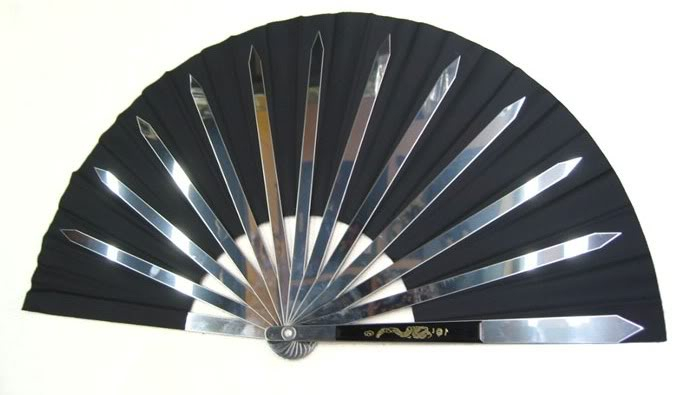 → The "Wind Pulse" (level one attack) is a burst of densified nitrogen with the force. force of a heavily thrown brick. It has a distance of 10 meters before it disappates.

1) I'm going to assume you didn't know, but your transmutation circle is basically a barebones variant of the human transmutation circle used in the series. That, kind of... doesn't fly, really. If you could choose another one, maybe? There are some artists around that'll draw you circles if you ask nicely, I'm sure.

2) I think you should probably give an example, or maybe loosely specialise on a single gas - I mean, obviously, nitrogen and oxygen, as well as CO2, are readily available in the atmosphere, but unless she's lugging around big tanks of rarer gases, realistically, the only gases you're going to have enough of are nitrogen and oxygen without 'drawing in' for a long time. Maybe just use bursts of air, or nitrogen - it'd be simpler, really. If you go for the latter, you could always have that further develop into liquid nitrogen for all the things it's good for in later levels.

3) It's not a revise point here, simply a suggestion - maybe including a picture of the fan itself for reference (if you can find one) would be a good idea?

But, yeah, just a little extra clarity in an example, perhaps. Your limits on power and the like are all good - it's by no means overpowered, and certainly innovative. I mainly just need a grasp on the science of it all, okay?

Ready for a revisit!

All good here, I should think.