...........................................................................
BRIEFING:
→ Anything that is programmed, speaks in a language called binary. It appears to us as a series of one's and zero's that equate to commands that the computer will follow. It is their programming. Having learned about computers at a young age from her father, and what shes learned in high school and onward, she applied her alchemy to what she was best at. When she touched a computer, its like she dives into its processors and connects telepathically to it. And all those little 1's and 0's are now translated into any of the languages that we might speak to each other. She understands it. And she knows how to translate it right back into those 1's and 0's. Because this requires a lot of focus, she can only issue one command to the computer at this point in time. After all, computers have a LOT of programming which can make it complicated to achieve. So if she were to access files, she could only ask for one thing, and one thing only. After all, she still has to hold onto that connection long enough for the computer to do what she has commanded. After it is done its task, she has to disconnect otherwise her brain could get, excuse the pun, overloaded. It'd be like if you tried to push too much data too fast, the computer would go pop and crash.

→ Also within a computers programming is to record every transaction of data that it performs whether this is downloading things off of the internet, from emails, from zip-drives, anything. Even transferring files from Microsoft Word to Powerpoint is recorded for example. Thus, these logs can be accessed if you know where to look, and how to look. Given Rebecca's HUGE understanding of computers, she knows how to do this even without alchemical aid. But it can take a long time, and she might get shut out by hitting a keystroke wrong. By going directly into the binary code, she doesn't have to worry about such things since she's speaking to the pure code of it all. The base, if you will. Since she can understand the binary language via her previous skills, she can communicate with the computers base code as if its another person and pretty much play twenty questions with it up to three days in its data banks. Thus she makes a search function while within the core code that looks up on the history logs of the computer. Just like her previous ability, if she lingers too long within the data world, she could fry her brain or something. When she is within the "realm" of the data stream, you could think of her mind being inside the computer if you need a visualization. Thus, if she is disturbed while performing this alchemy by having her hands torn away from the computer, its like suddenly disconnecting a computer or forcing a ship to break away from something. Its really really jarring and unpleasant. You don't have your bearings, you can be easily confused, and things can get a bit garbled. Thats why she ends up stunned for five minutes or so if forcefully disconnected.

→ Sometimes when hacking, people have multiple feeds open at once and running data, or they may have fail safe's to ensure either the success of their mission, or the safety against getting caught. Rebecca's fail safe is this recent ability she developed while working with the AI she created, Edi, that she calls Tachikoma's. They are strings of data and are essentially little "drones" that she can create in the code of a device. They have one command within their programming, and that is to be a distraction. They are purely to ensure that things that might be working against her, have less of a chance to succeed. For example, if someone is counter-hacking her computer at the same time, she can send out three drones that'll interfere with the other hackers attempts as she strengthens her own firewalls. They cannot receive any other command, or be taken over by others. If someone does try to take them other, they merely dissolve into nothing. She can only have three at a time otherwise they won't form properly and could affect what she's trying to do negatively if they form at all. When she creates these drones, they can be used within any of her other abilities. By creating them, she is not using Logic Speak 01. She is a programmer as part of her trade, and has the code within her mind. Because she's within the core code of the computer, she can potentially take some of the "useless" code that consists of a file of porn or something and change the coding of it to create her Tachikoma's.

→ SHE IS IN NO WAY A LIGHTNING ALCHEMIST. With her knowledge and experience of tech, she has a sense for how much electricity is needed to run something. She knows how much is required to complete a task, or keep it running. With this understanding, she can tap into those electrical systems and manipulate them so they get overloaded and short out. It's like when a bolt of lighting comes down and strikes the power plant which causes a whole city block to go dark. The system got overloaded because its programmed and built to only handle so much. There is a bit of a quick burning pain (like when you touch a pan for a few seconds after its been in the oven on accident) after she uses it, and she has to wait a few minutes before using it again. This is not a major overload, she WOULD NOT be able to overload a power station unless she found a key fuse box that would somehow be linked to the whole system. Considering how major places of power like that have backups and not all of their eggs in one basket (unless stupid). She is best with smaller devices such as a phone, laptop, desktop computer. Cars can be done, but she can't be the one driving. This ability still requires focus and really being able to feel and find the stream of electrons and signals. She doesn't need to use her Logic Speak 1 or 2, but she might have used it prior and then short out the system so people can find out what she's done. → On the back of her hand 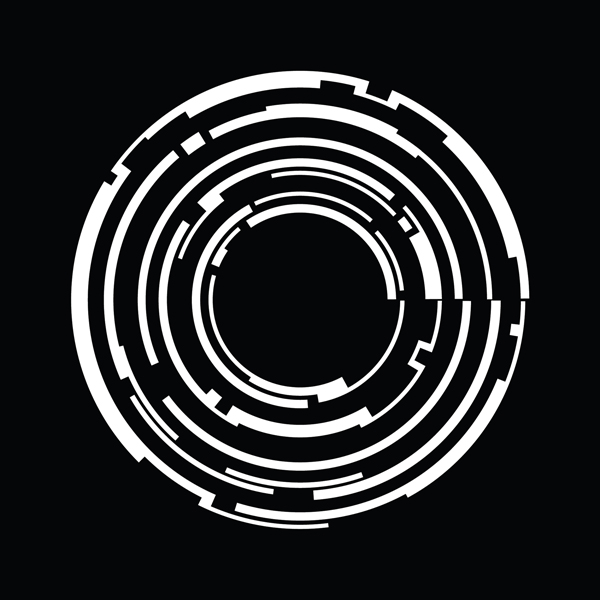 → Engraved on the inside of her fingerless gloves

...........................................................................
SPECIAL ABILITIES:
→ Computers use binary language for all of their programming. When she touches a computer, she can convert what she's saying into binary, along with translating binary into an understandable language, and issue one command. But for right now, she can only issue one. Then she has to disconnect after her command is completed. She's working on it!
→ Logic Speak 02 - By using her previous ability of translating binary code into an understandable thing, she doesn't have to use her single command to find out certain information. She can tell the computer to show her what was previously accessed within the computers memory banks up to three days prior. Any further back, and she might not be able to handle any and all information she receives. Thus she could see what files were accessed the most, who's login was used, when was the information looked at, did they retrieve data from somewhere else, etc. Essentially she's creating a search function within the computer to go through the history logs that it possess'. She has to be uninterrupted for this to be effective. Forceful disconnect could lead to some jarring of her senses, and she will be "stunned" for lack of a better term for about five minutes.
→ Tachikoma - Rebecca can create data drones that can aid her in her attacks against a computer depending on what she wants to do. Whether she's mining for information, trying to leave a rather nasty virus, or some such. She's changing bits and pieces of spare code inside the computers core in order to create them. For example, if there is a useless video of porn on a computer, she can convert the code that it possess (thus corrupting the file) in order to create these strings of code that aid her when hacking. This command is separate from Logic Speak 01. The data drones can only act as a decoy against anti-virus software, firewalls, other hackers and such. She can have a total of three running at a time, but thats all. Any more than that and they don't even form fully within the data space or her control over them could be compromised.
→ Overload - By knowing how much of an electrical signal is required for a device to function or send commands about it, Rebecca can overload that system. She takes the electrons that are rushing about or concentrated in an area, and essentially fry the circuits. This works best with smaller devices like laptops, desktops, iPads, iPhones, and etc. She CAN do it on a car or some such, but she CANNOT be the one driving or piloting it. The skill requires focus and she can't split it between trying to do it and not dying from a collision or something. She does feel a spark of pain after she does it and must wait a few minutes before being able to do it again.