→ The Beer Brats have not only been dyed a darker silver, but have also been coated with a layer of black (mostly for cosmetic purposes). The only parts of these trench knives not coated in black are the sharpened parts of the blades, which retain their usual reflective quality. They are kept in a belted sheath around his upper right thigh.

→ These bladed knuckle dusters are rather unique in that, instead of being trench knives, the blades meet the spiked knuckle dusters and create an almost 90 degree angle. They are similar to the Beer Brats in terms of colors, and have grooves or ridges at the curve between the blades and the knuckle dusters. They are sheathed in a small leather pouch that is strapped across Sal's shoulders, with the grips jutting out at the top on either side for easy access.

→ These strange weapons were inspired by Wolverine. The grips are gold and black, but the metal parts are made of the same material as the blades, which not only have grooves similar to the Croissants at the bottom, but are spaced in a way which gives them the appearance of claws. These, next to the Croissants, are his favorite, and as such they are his weapon of choice in combat. Similar to the former, these are sheathed in a pouch, but the grips jut out at the bottom on either side.

→ Though Sal is not a big fan of using guns, he acquired one as a means of defending himself at a range, should it become necessary. This .50 Desert Eagle is colored to match his French Fries, the majority being a golden, almost yellow color, with some a black grip. He keeps this tucked in a holster, and carries it with him if he knows he will likely get into some sort of altercation.

→ At first glance, the love cannon really does look like a cannon. It is mainly black with white trimming, including the handle. The black section of the handle is a rubber coating to allow the user better grip when handling the weapon. There is a small red button directly above the rubber grip for launching. The insignia of Sal's pirate crew is displayed on either side of the modified rocket launcher accompanied by a bright red heart on either side. A rounded "lid" on the back of the cannon is hinged to the bottom edge, and opens by the press of a red button on the top edge of the cannon, near the front opening. The lid is white and also has a bright red heart design. The ammunition is red, heart-shaped marshmallows with the silhouettes of a cat's head in black on them. Each marshmallow can be either strawberry, cherry, or watermelon flavored. The Love Cannon is stowed away either on-board Sal's ship or in the Pirates' hideout. He'll occasionally carry some of the ammo with him for emergencies. 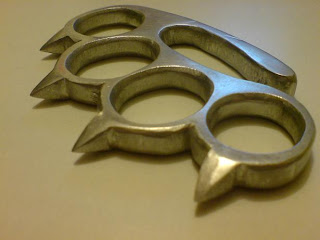 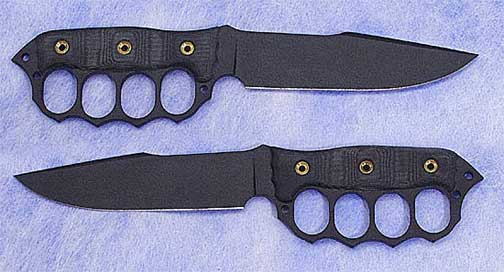 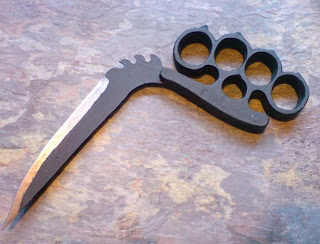 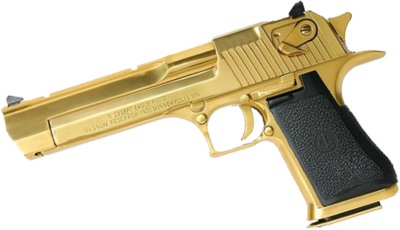 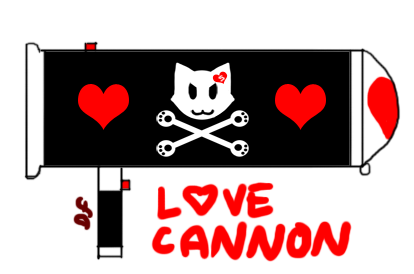 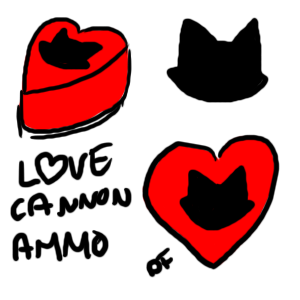 → You can punch, cute/slice, and stab people with these. Due to the ridges where the blade curves into the knuckle dusters, they can also be used to stop or parry oncoming blades, such as swords. once again, made out of carbon steel.

→ Yes, these are also made out of carbon steel. They can be used to stab, gouge, cut, slice, parry, and also make pretty neat climbing items if used properly.

→ You shoot people with it. It's also nice to look at.

→ The love cannon is special because unlike other cannons, it does not shoot cannon balls. It shoots bright red, heart-shaped marshmallows that are laced with a heavy dosage of cyanide. Cyanide prevents the oxygen in the blood from being used. General weakness, confusion, bizarre behavior, excessive sleepiness, coma, shortness of breath, headache, dizziness, and seizures can all present with cyanide poisoning, but as the hearts contain large amounts, when they are completely ingested, the victim will suffer the symptoms of an acute poisoning. This type of poisoning sets on rather quickly, immediately affecting the heart and causing sudden collapse. It can also immediately affect the brain and cause a seizure or coma. As the entire body needs oxygen to function, this can ultimately cause death (this requires that the victim consume more than one marshmallow, of course).

P.S. The Love Cannon was a gift from Wolfgang Murinyo. The entire event went something like this:

Secundinasci Invidia: Captain, this is a gift for you from Gelemorte.
Sal: *reads the note attached to it. It says "Happy Birthday, Pirate dude! From Wolfy 8]"* But I don't even know this guy... o-o
Sec: ._\\ 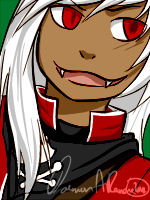 EDIT: Added in the information from my old weapon app, the Love Cannon. Perhaps the old topic could be archived? I wanted all the info in one place, and I love that weapon, so I figured I'd just add it onto this app while I was at it.