The thought had come about innocently enough a few weeks ago. “Oh... hey. I'm not bleeding out of my vagina.” Sure, she had only been a day past her usual start, but she took it to be nothing strange. She had stopped her birth control at the end of February because the stuff she was on made her feel gross, so she was letting it get out of her system before starting the new stuff. Well, she had been planning on starting the new pills. She had never gotten around to filling the prescription in March or April... or May for that matter. The initial thought had faded from her mind until the end of April hit and it came up again. She hadn't had her period in a month. That was... odd. Beyond odd, really. Considering the last time she had had sex was at the end of March. Which she would've found worrying, except for the fact that the sex had been safe. A chill down her spine stopped her cold. Wait. Not all of the sex at the casino had been safe. Sure, the first three rounds. But the fourth time... they had been out of condoms. And a decent woman would've said “Oh, probably not a good idea.” But Alejandra was not exactly willing to back down when she was ready to go. Neither had Caj. The trusty pull-out method had been implemented, but maybe... maybe not so well?

Three days after that realization Alejandra stood in her bathroom, her tank top pulled up to reveal her currently-flat stomach. She looked decidedly un-pregnant. However, the five pregnancy tests littered across her vanity deemed it otherwise. They all glared up at her, informing in her in their particular way that she was growing a small person inside of her. Her hand splayed across her stomach and she frowned. “Well shit.” This was a big mess. She had to be grateful she had not drank much in the past month, and she fervently hoped the three glasses of wine she did have wouldn't cause any serious harm. She'd have to go to the doctor to definitely confirm... but she suspected that the answer wasn't going to change.

One month later, and Alejandra found herself again in her bathroom, staring at her stomach. She had just gotten back from the doctor for another check-up. She was still kind of in awe. She heard her baby's heartbeat for the first time. And if the doctor was absolutely sure... she had heard two. The doctor wanted to follow-up again in two weeks to be sure. Yet Alejandra had a notion the doctor was right. Twins. “Double shit.” And by the sounds of it, she was going to have Christmas twins. Talk about a wonderful present.

Her phone glared up at her, blatantly telling her to leave the bathroom and get into her car. After all, she had a pink-haired fool to pick up at the airport. When the chilling thought had first entered her mind, she had began pestering Caj to fly out to Vaingloria for the weekend. It had taken her a MONTH to get him to agree. He must really hate Gelemorte. It hadn't been easy but she had promised a good time. She was still hoping it would be a good time. Or rather, that he would take the news well. She hated the fact that it had been two months and Caj still didn't know... but it wasn't something to mention over the phone. At the same time, Alejandra did not want to fly to La Cerise. She didn't want her family finding out she was flying out and not visiting... far too shady. 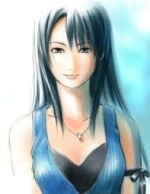 Was it strange to have a platonic relation ship with specified no strings attached and not look at anyone else you used to?  Caj was slightly concerned when he found himself in situations where he wouldn't have hesitated in.  A bedroom scene he was familiar in; hot woman, some drinks and yet he found himself dismissing her with an apology.  In the end he wondered 'what the hell had happened' but really he had no explanation.  It was like a curse where he couldn't go all the way anymore.  Men or women?  it didn't matter.  It was like a magical wall was there and the source was unconfirmed.  He found himself more often in bed by himself which was rather shocking for a nymphomaniac as himself.

Caj really didn't want to think about it.  When he started to wonder, he started to panic because there wasn't supposed to be any thinking involved.  It was supposed to be a sex thing, not a 'What the hell is wrong with me' kind of thing.  Clearly there was something off about himself.  Namely his behavior shifted when he was around Alejandra.  It seemed despite agreed terms, she got a little bit jealous.  Besides, it was just trashy to hit on one woman with another on your arm.  Caj wasn't one for orgies, he preferred one on one.. for whatever reason that mean.

ANYWAYS, for whatever reason or other, Alejandra had pestered him about going to Gelemorte.  Oh God how he hated the place, but after many weeks of compromising and gentle flirts, he finally decided to swallow his pride and visit the Hellhole.  There wasn't anything too awkward about it, he supposed, except that he was wondering if maybe he'd done something to make her hate his casino.  Which would be kind of understandable, as getting caught being a cardshark would be bad for business.

The plane ride was pleasant enough, involving mainly Caj catching up on some sleep before it landed and the intercom yelled that they needed to depart off the plane now.  Another ten minutes passed before he could get OFF the plane since people were pushing and trying to rush, but there was always THAT GUY that just stood there like he didn't know how to walk  Which to be truthful, could have been a possibility.

From there he toured his way to baggage claim, gaining some odd looks from elderly people whom he could hear mumbling about his hair.  Screw them.  On hind sight- he decided he'd rather not.  FINALLY he got his suitcase and looked around to find Alejandra waiting a distance away.  He waved at first to see if he noticed her, then he hurried over and took her hand in his.  With a gentle kiss, he gave a gentle-manly grin and greeted her.  "Why hello there, gorgeous.  I hope you didn't wait long."

His apparel was real casual.  A wife beater, a decorative and beaded feather in his hair and a pair of jeans that were frayed and had some holes, all with a pair of sandals, but he couldn't help but feel like he could make trash look good.  Besides, Gelemorte was hot this time of year anyways.

"Why hello there, gorgeous. I hope you didn't wait long." Alejandra smiled, returning Caj's kiss with one of her own. She rolled her eyes at him dramatically, squeezing his hand to warn him she was only joking. “Only a freaking month. What do you have against this place, anyway?” She casually swiped his bag, carrying it for him. Yeah, probably was going to mess with his manhood or pride or whatever, but he was her guest and it was the nice thing to do. Besides, she wanted him to be in some kind of relaxed/good mood. They walked out of the airport and back to Alejandra's pride and joy (although, she suspected the babies would soon take that number one spot). She offhandedly explained on the way. “Visting La Cerise is hard for me to do a lot. My family expects me to visit them whenever I'm there, so if I flew out without seeing them, they'd start to worry. Worse, they'd get nosey.”

Arriving at the car, Alejandra put Caj's bag into Hermes' trunk. She got into the driver's seat and after Caj had settled himself into the passenger's seat, leaned over to give him a more lingering kiss. She had missed him, in a roundabout kind of way. Sure it was a friends-with-benefits relationship, but she was his friend. And she had missed the benefits. Plus, she was worried he may never kiss her again after today. Hermes purred to life and Alejandra got them safely out of the airport area, choosing to cruise along the coast to her home. At one point, she briefly held onto Caj's hand, but let it go to place her right hand on the wheel and the other out of the window.