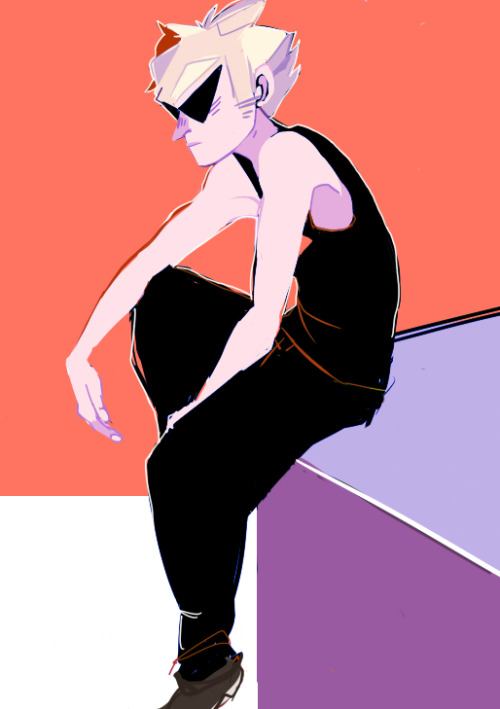 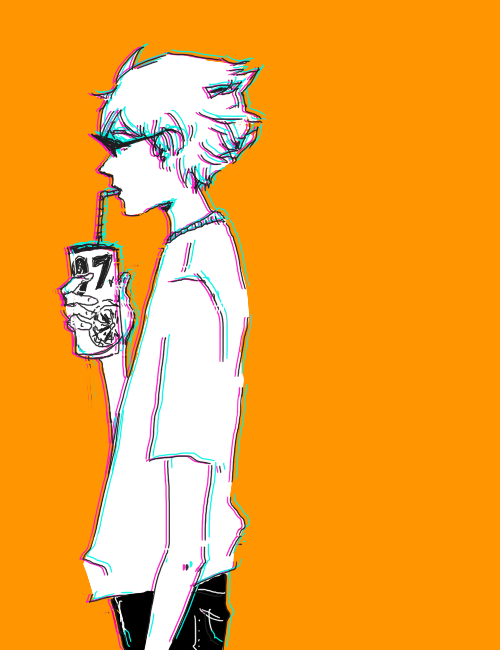 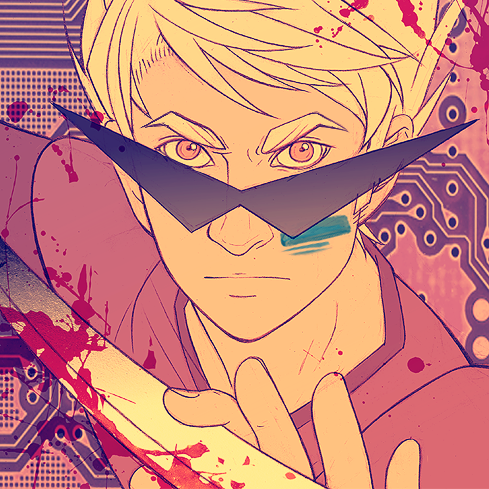 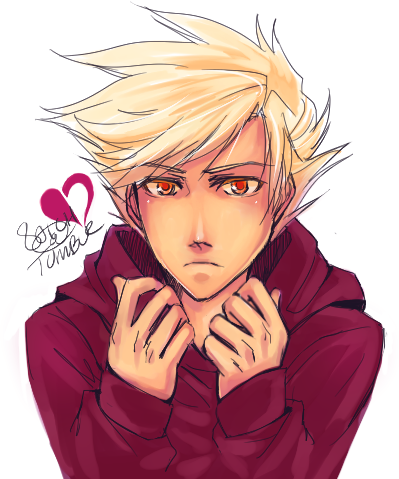 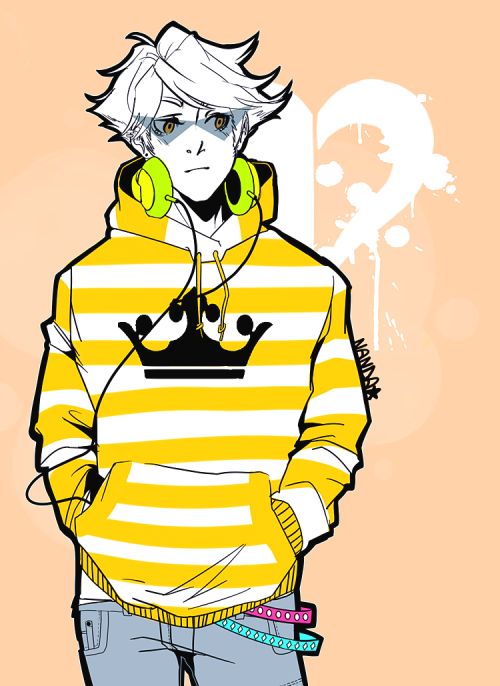 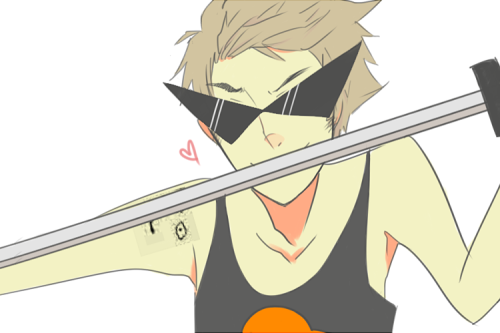 DESCRIPTION:
→ Rufio has never put much thought into his appearance; usually he just throws on a t-shirt or a wife beater with some blue jeans. His blonde hair is usually tousled, but always soft and clean. He has orange eyes and really pale skin (because of his anemia), and he has a light splattering of freckles lining this shoulder blades. When his little brother was living with him Rufio let his brother give him a tattoo of a face on his arm when he was drunk. He has a jagged scar along his abdomen from where he got into a bad sword fight when he was a young teenager along with several other ones in various places on his body (though not as bad/noticeable). His body figure is fairly slim and he’s a bit underweight, and his hips jut out fairly awkwardly. He is light on his feet and walks silently and swiftly. When he first gets to know somebody he will act very nice to them, and will often times try and seduce them , although a bit cold and distant. However, the better he gets to know someone the meaner he acts, though he will try to do anything for them. When he is about to get into any sort of fight he puts on his sunglasses, or whenever he feels like it, so his enemies won’t be able to see the whites of his eyes. Although he tries to not let his Cretan roots shine out, when he’s tired or annoyed/upset/flustered he starts to talk with a thick southern drawl.

PERSONALITY:
→ When it comes to personality Rufio is a bit of an enigma. He’s fairly bright when it comes to some things, such as how to think logically and what not, but when it comes to emotions he’s about as inept as a broom stick. When it comes to people he knows well he is not good with social interactions with them, as he starts to blush and talking with a Southern accent at times when he gets extremely flustered. The fact that he grew up emotional stunted in his teen years accounts for most of this. Rufio also gets easily jealous and often results to getting distant instead of confrontation. Rufio is a fairly awkward man, though he goes to great lengths to hide this, disguising it instead with the coolness of that of a sexual deviant.
While he tries to act cool, Rufio can’t always hide the fact that he is just an awkward grown man. Such as in situations where he is having an active conversation with either a stranger or a close friend he will often times run out of things to say and be unable to keep up the conversation. At this point he usually results to trying to seduce the person he was talking to with a few choice words. However it is impossible for him to keep up this façade when he is around the winged flying machines and he usually results to a sniveling mess that can be seen curled up in a corner gasping for breath until he ends up passing out.
The one time he knows exactly what he’s doing though is when he’s got a sword in his hand. The cool, heavy weight that he feels when he holds the hilt of his sword in his hands is the main thing that will calm him. He becomes an extremely serious man with the utmost calmness, so calm that not even those “winged beasts” can snap him out of it. Often times once he dons his sunglasses he is even more at ease, if not a bit more collected. To the point where the only thing that can break that concentration, is an extreme emotional stigma, although once that happens he becomes more enraged than anything. Of course he’s also broken out of it once he gets his job done, but that’s just not as fun now is it? This is probably because of the thrill he feels when it comes to the hunt of his targets. The adrenaline rush he feels when he’s either going after a target for the military or when he’s on the search for his brother is just something that cannot compare to anything, and in some cases, it’s one of the main things he lives for.

DEEPEST SECRET:
→ Has a very bad case of aerophobia. (Fear of flying)

TRIVIA:
→ Has a form of Pernicious anemia and an iron deficiency
→ He has to get a b12 shot every month
→ He is prone to getting colds often.
→ He also gets really tired often but tries to not let it show.
→ He is a vegetarian, mainly because he loves animals so much he doesn’t want to imagine them inside of him.
→ Rouenian (Gelemortian Dialect), Cretan, and Drachman (can understand it well but cannot speak it fluently)

CREATOR'S COMMENTS:
→ I have no idea what I’m doing. Thanks Kaitly and Ryan for helping <3

I'm done and ready for revision/approval!