So...it seems things have been changing these days. As you may have heard, your old Sekretar is no longer in command. No, it is I. I am Kit Vesper Estenial, your new Czar. I started my life like many of you. At the bottom. But through blood and sweat and iron, I made my way here. Our country shall function as I did. It shall remain a great power, no matter what adversity we are faced with. In this day, we can no longer fight indifference in our own country. We must come together NOW, under my leadership, to become strong and unmoveable by the rest of the world.

This place is your home. It has become mine as well. I will defend as long as you stand by me, stand by each other, and fight for the Homeland. We shall not fall. The Beast Czar will not fail you, so do NOT fail me.

Kit Estenial- Czar
As I have said, I shall be your new Czar. I am not to be questioned, nor trifled with. Those who do will be met, with extreme prejudice, by the forces I now posses. Though, as long as you build out great nation, you have nothing to fear.

NIN- The Fang
The Fang of the Czar is a key position within the ranks of the military and to myself. This person must serve as a personal assistant, civil or combat wise, and must be utterly devoted to the Czar and the ideals he brings. The Fang stays with the Czar at most times. The Czar is more fond of female Fangs than that of males.

Open- The Claw
The Claw is a more free position, acting as the Czar's hand if he is unable to attend certain events. He must be a true combatant, but must also act as a civil and diplomatic liaison for the Czar. The Claw is also the chief inspector of all District Headquarters and is sent out occasionally to ensure that every manner of the Districts is in fine condition. All travelling expenses are paid, of course.

Open- Southern District Commander HQ
This position is located closest to Creta and Amestris. This is where much of the infantry is stationed, along with Artillery division a highly advanced team of demolition and explosives experts to protect against swarms of infantry or planes. The Commander will command not only the forces their, but is a leading demolitions and artillery expert which runs the division. (Division name-able by Commander)
Positions for Artillery:
1)
2)
3)
4)

OPEN- Eastern District Commanders HQ
This position is closest to Xing and is one of the smallest, however, it does carry a large naval force. The greatest battleship in the fleet is an incredibly large battle ships, and those among the Elite Naval Force possess their own vehicle, mostly submarines. The "HQ" per say isn't that big on land. The Commander's battleship and fleet comprise the entirity of a Headquarters. They're the only mobile headquarters and posses the finest ships that Drachma can craft. (Elite Naval Force name-able by Commander)
Elite Naval Force Admirals:
1)
2)
3)

OPEN- Western District Commanders HQ
This position is located closes to Creta, heavily guarded by lush woods and mountains. The main responsibility is to form a team capable of a protection against any invasions from Creta. They also have access to Aerial Combat and is the home of the ace pilot team, Grand Ravens. The HQ is a incredibly huge bunker with connected housing on the side of a mountain. Their one runway is free standing from the mountain, dropping off into the ocean below.
Grand Ravens:
1)
2)

Open- Head of Military Operations and Affairs
This is the person to see regarding all Military Affairs, including Research and Development. This is Jack of All Trades, if you will, a cornucopia of ability. He leads the Research and Development, Funding, Strategic Planning, and so on. This person needs a calm and steady head, as well as an apt brain.

Zabulon Goncharova- Head of Defense
This person should be able to coordinate counter-measures in case of attack or invasion. Taking part in these counter measures, the Head of Defense must be an apt soldier as well as strategic thinker (or at least someone who can strategically think). If Drachma were to ever be conquered (impossible, I know), this is the one to start pointing fingers at.

Kuvalda
These are Drachma's elite forces, and they WILL do whatever I need them to do ASAP. If the mission or request seems impossible, I know and expect them to risk their life to accomplish the task at hand. These men and women are the best of the best, a none other can compare. They represent the force and power of Drachma, and without them our military would suffer greatly. They've been specially train and are skill above and beyond most other countries.


A previous enemy of Amestris--a rebel force intent on eradicating all existences of alchemy from the world. RIOTE was extinguished in South City whilst battling against the Briggs Brigade. The man leading the rebel army against those inspecting the crater ruins was none other than Zaska, killed by the very Philosophers Stone that was created.

At least that's what they all thought.

In actuality, RIOTE was only a cover. The Rioyokai troops were believed to be the prime force when they were really just pawns for the true mind behind RIOTE: Aurelius Carston Schwarz. Using RIOTE as a distraction in South City, Aurel was able to create two Philosopher's Stones. One that killed Zaska and another they used to make Hild a Bearer. So distracted by the battle with RIOTE, Amestris did not even consider the idea that two stones may have been created instead of one. Thus, RIOTE vanished like a phantom into the background, allowing others to do the dirty work for them. The Briggs Brigade led an attack against the Fuhrer after finding out that he was indeed Father. Aurel was able to split Father's powers from his consciousness, rendering him weak enough to kill. Briggs took care of that, however, his powers were reintroduced to the world, sent through Aurel's black hole into the future. Along with himself, Father's power latched onto Hans in 2012. As a direct result of Father's death, Hild became Fuhrer and a shadow of Aurel's true self was left behind to guide her. Unfortunately for Amestris, bombs were planted throughout all the major cities, completely destroying most of them and ruining many lives. They were set off in the midst of Creta attacking West City, Amestris. Aurel's first speech to the world populace was as follows: "It pleases me to be able to speak to you like this, however unfortunate the circumstances are, that is. My name is Aurelius Carston Schwarz. Those of you who do not know me be ashamed, for this world will soon be ours. Amestris is no longer; it is but mere ruins to my wrath. Know now that there is nothing to return to: all is lost. But I ask that you do not despair; there is, of course, reason for my madness, that which you do not need to know so soon nonetheless. We are RIOTE, sound familiar? The Fuhrer has forgone herself and stands beside me. Run now and forever be chased, stand against us and forever be taken down. Do not fret, do not fear, the inevitable is inevitable. Join us."

RIOTE's current objectives remains unknown. All that is known is that they now base themselves out of Drachma. As for the members of RIOTE and citizens of Drachma, they know only that RIOTE's goals pertain to instilling true and resolute peace throughout the world by way of destruction. Searing away the seams, nothing will be left--the entire fabric holding society together will fall to chaos, the idea of balance itself will cease to exist. Break the Ying Yang. Destroy the very idea of  dualism in order to invent a new balance that is RIOTE. 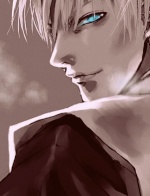 If it is possible, I do not have a character yet, but I woud like to either request The Claw, or Themis - Titan of Divine Law 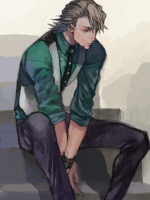 If both is possible I feel that would be neat as well!