The air felt crisp and strong with the taste of flowers. Lian loved the garden outside her shanty of a home. Normallly she lived in the palace like other guards, but in times like now, she took some time to visit her mom. The woman was sickly, starting to falter, but Lian didn't mind. WHile there she would dedicate each second to help the woman that saved her life. This was her true home andthough, at times she disliked being such a burden there, she knew her heart was always with what she had left of a family. In fact the fact this woan WAS family was the strangest of things. After all, there was no blood. Lian had no blood family. Her father was dead. As far as she knew, there were no sibling leads and her mother.. the owman who bore her might have well been dead as well. Was it selfish of Lian not to care? Were the nightmares real?

She stiffened, while her fingers lightly stroked the petals of her lotus flowers. The nightmares had returned. After teh emperor, Ace had died... she wasn't herself. It was as if a part of herself had died. She had failed as a soldier and now she was expected to help again? She had been useless in the war with Aerugo.. she was useless now and Hell, if Lian hated anything it was that. She was timid and scared and clumsy, hardly worth the title of an officer. She moved her fingers, recalling the vivid replays of his death. The man.. the one voice she'd really knew for a year. The one comfort she'd had, even when he had been silenced. He had been shot down in her escape and she'd been useless. Young.. but useless. And then there was the war. Seering pain sho through her at the memory of her ribs creaking and cracking. Just the thought made them ache. But still the memories from before were more disturbing. Streaks of blood filled in her eyes, gnashing teeth and mocking laughter. She could feel it all in each slumber and at times she was terrified to sleep.

After a moment, she stood back up and looked around. Alone. Her mom had gone to get some groceries and left Lian 'to herself'. As if Lian knew what that meant. She supposed a walk could do. It was early and she could feel the world starting to wake up. Darkness faded and she found herself walking towards it, until it was gone completely. This, of course left her lost again. Nothing new there. Lian was hopeless when it came to a sense of direction. North, south, west, east? They were all one direction "This way somewhere." At last, she found a bench to park herself on. Thoughts distant and lilac eyes were peering without much focus on the horizon. Hopefully something good could happen soon.

Speaking of groceries... Xiao enjoyed groceries. He was actually on his way back from a jog/grocery-run. Nanny Qiu was off visiting family so Xiao had the dubious pleasure of being home with his son. Not that Xiao minded. At all. He loved his little tyke, even if he was getting more and more into that “terrible” stage. The tyke himself, Zao, was sitting in his dad's running stroller, the back of it filled with a couple bag of basic necessities from the store. It was hard to have cereal without milk, after all. Xiao's feet steadily hit the pavement as Zao squealed with delight when the stroller hit a bump in the pavement. Zao's squeals became calls of “DADDY” (a word he had quickly mastered) as he saw a new friend along the pavement. Xiao also spotted the young blonde-haired woman sitting on a park bench. She looked familiar. Really familiar, actually. He couldn't place the name, but he was pretty sure they worked in the palace together. She looked... tired. And maybe a little lonely.

Xiao slowed his pace, stopping right before the bench. Zao reached his arms out towards Lian, a smile across his face. “HI!” He shouted out his favorite word. Xiao shook his head with a small laugh and smiled slightly at Lian. “Hello. I recognize you. You work in the palace, right?” He managed to look a little bit sheepish. “I don't recall your name...” 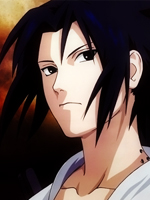 "HI!" A child's voice snapped Lian out of her daze. She turned her head to greet a small boy who looked beyond ecstatic to see her. Not that she knew this boy, but he still looked rather enthused with how his arms were outstretched and he was charging at her. The natural response for her was to this was for her to open her own arms and scoop him up (Of course if the little kid didn't mind, other wise she'd just sit there looking kind of goofy). "Hello." She chimed softly to the child. Lian loved children, after all and a lot of times, that was the only way to get her to not be a timid mess. She felt oddly comfortable around the stranger's child, but then came the part of introducing herself to the child's father. Her lilac eyes rose to meet a man who looked around her age.

“Hello. I recognize you. You work in the palace, right? I don't recall your name...” The man, she'd seen him around a few times, but they had never really talked. She didn't know his name, either, but that was the best time to give them- right? She smiled widely in turn. Surely a man with such a cute child wouldn't be dangerous- right? Well she'd lived on such rules so far and she was still alive- so SOMETHING was done right.

"I'm Lian Dan Han." She stood just so she could bow her head (with or without said child). "A pleasure to make your acquaintance-" She paused and looked thoughtful, as if mulling something over. "I don't- know our name either. I'm so sorry!" Her cheeks flushed a brilliant red. She hated when she forgot people's names. Her eyes turned down. "Or your name, either. Will you tell me, please?"

One minute Zao was reaching towards the woman from his stroller and the next minute, Zao was out of his stroller and toddling into the girl's arms. His two-year-old was getting adept at undoing the buckle on his stroller. Xiao would definitely need to get something a little sturdier. For the time being, he was grateful that the woman didn't appear to be a crazy kidnapper. She actually seemed quite pleased that Zao had graced her with his presence.

"I'm Lian Dan Han. A pleasure to make your acquaintance- … I don't- know our name either. I'm so sorry! Or your name, either. Will you tell me, please?" Xiao was more than happy to share his name with Lian, but Zao was more than happy to supply that. “ZAO.” Zao gestured towards himself proudly, pleased with his own name. He then waved his little hand back at Xiao. “DAD.” Xiao chuckled a little bit, shaking his head. “Most people call me Xiao. Xiao Yu.” He gave his customary half-smile. He casually observed her. She had been sitting alone on a bench, as night continued to drift down around them. She had not looked particularly lonely, but she seemed it. Xiao recalled briefly that she had been around Ace a lot. Xiao's thoughts sobered as he thought of the emperor. The new emperor was bringing a sour distaste into his mouth, what with the events in Amestris. So Xiao did something kind of unexpected for himself, at least to an almost stranger. “We're on our way back to cook up some dinner. Would you like to join us?”