When it came to the Oniwanbanshu secrecy, It was somewhat a code to "hide in plain sight". The headquarters of the secret branch of assassins was stationed in an old abandoned slaughterhouse turned secret facility. It was easier to hide a dilapidated warehouse than have a building that screamed the name assasin. Multiple levels hid labs, armories, dorms, rec rooms and more. It was like a whole other city in Kyoto. What really tickled Shinku's fancy about the place, was that he was the head of it all.

Standing at a work bench, he wore only his wife beater and black cargos, leaving his Dual Talons and coat hung up on the wall next to him. Taking apart his Raider, he started to perform maintenance on it. Reaching into a box next to him, he grabbed a spare firing pin as he began the swap. Work always made him feeling like a drone. Work made living his life possible. He worked hard for what he had, and the deprave ways of murder he acted daily gave him the incentive to work harder. With the new firing pin in, he put the barrel, receiver, grip and stock back together as he would put a fresh magazine in. The act of chambering the weapon echoed with a crunch through the room as he next to him one of his secretaries placed a file on his desk. Staring at the folder, he reached to obtain it as he skimmed through it's contents. With a small chuckle, he closed it. If the country was going to be strong, the enemies of the state had to be dealt with.

Turning around, he would hop up and seat himself on top of his work table as he pulled out a cigarette, as he fumbled with his zippo. 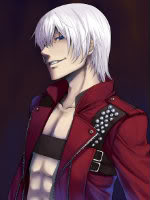